They had made wrong judgments based on impure motives all the way through, and here they are for the fifth time. Five times, the peerless communicators of the gospel, the greatest who ever lived, were face-to-face with those men and they were allowed the privilege of hearing the truth. They were against it. They had set their minds against it. They were blinded by Satan. Therefore, the light of the glorious gospel could not shine unto them, not even in the face of Jesus Christ. 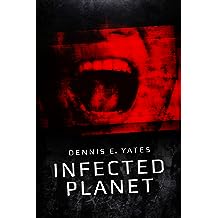 
He himself had gone to the temple to make a Nazarite vow. In fact, he was in the temple at the time he was taken in the riot. So, he comes before the Jewish council to give some kind of an answer, to get some kind of information across so that he can have some conviction, or some crime — at least — assigned to him. The Sanhedrin, then, comes together to meet. And it was made up also of elders. Now, an elder was the head of a family or the head of a tribal family.

It also included scribes, Pharisees, and Sadducees. So you had: high priests, elders, the scribes, Pharisees, Sadducees; and the high priest was the moderator or the president. The Sanhedrin had its own police, its own police for arresting people. They could take care of all such arrests and punishments except capital punishment; that they had to defer to the Roman government.

Now, as I mentioned a couple of weeks ago, the only time they were allowed to take a life — this is interesting — was when somebody desecrated the holy temple. And that is the very thing they were attempting to do to Paul. He only would have been accused of bringing a Gentile in, which was not a punishable crime — at least punishable by death. But they twisted it to come out that Paul would die for desecrating the temple by bringing this Gentile into the inner part. Well, I divide it into four parts. You can follow along on your little paper if you want and take some notes.

What happens here is exciting, and we see four parts, or aspects, to the trial: the confrontation; the conflict; the conquest; and, the consolation.

His body ached. His life had been one hassle all the way along, and now in this physical pain that he was suffering from the beating and in the anxiety of what was happening, this could have been a time when he just kind of fell apart. Now, this is the kind of courage that changes things. This is the kind of man that comes along once in a while, who makes a dent in the world, who makes waves in society.

He stood up; looked them eyeball-to-eyeball. You might be able to call this kind of thing the look of conscious integrity. You see, he knew he was innocent, and he knew God was with him, and so he was completely confident. Some of them were the students of Gamaliel, who had studied with him when he was younger.

And then his assertion is even more bold. God, you see. So he really puts them in a corner. I always want to have a conscience void of offense toward God and toward men. My motives have always been pure. You know me. You knew all my life from the time I studied with Gamaliel. Until we meet again, let's keep in touch!!!

Sato was so welcoming! He brought us to his home, shared his story and how He came to love cooking. He guided us in making a delicious ramen and gyoza. Our meal was fabulous!!!! Thank you so much for your lovely comment and review!!! I'm super happy to hear from you!!! You guys are such an amazing family!!!

Please turn JavaScript on and reload the page.

I had such a wonderful evening with you!!! I hope you will recreate all the food for your friends and family!!! I'm sure that you can find all ingredients in your home town easily!!! When you make them, please send me pictures!!! I know you guys are still enjoying Japan, so keep enjoying!!! I hope that I can see you again!!! Until we meet gain, let's keep in touch!!!

If you're considering taking this class and are thinking about it, just do it!!! Sato-san made my husband and I at home the moment we stepped into his apartment. It helped that he used to study in San Francisco, which is where we lived for 5 years. He was funny and witty, but most importantly, a skilled chef! We feel like this experience really elevated our Japan trip as we got to learn about how life is in Tokyo from a local's perspective.

We made Japanese curry, which tasted so homey and yummy!

Then, we went to Nakano and around Shinjuku, which was also great despite the rainy weather. The experience was great from beginning to end; everything you'd want in a "tour" in quotation marks because it felt like we were just hanging out.